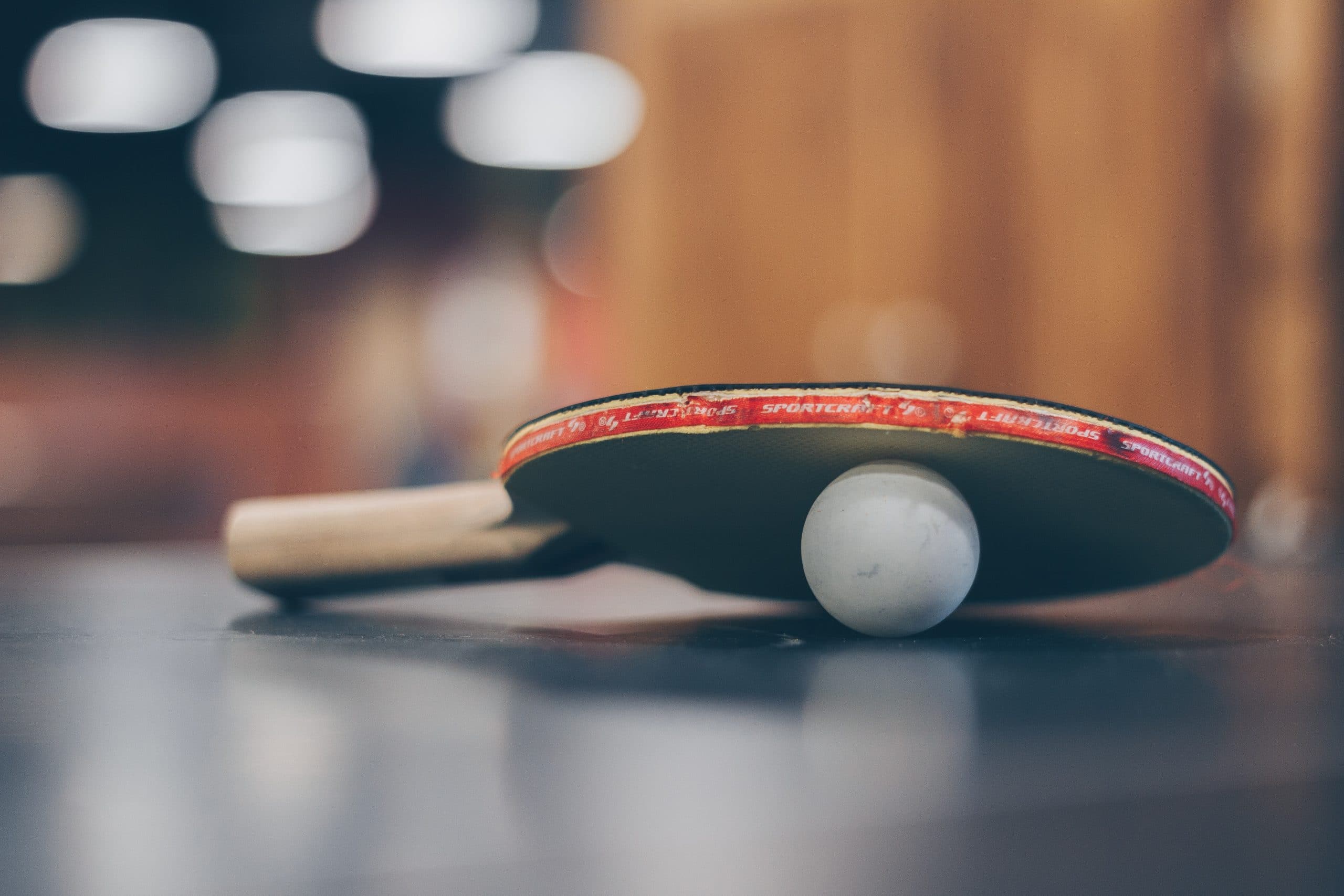 Whether you’re 91 years old and can achieve a personal best in ping pong of “1,246 consecutive hits without a single error over 13-and-a-half minutes of nonstop play” .. (eat your heart out Wimbledon) which you can read about HERE  or if you find it humorous that nearly 3 decades after the movie Forrest Gump swept the nation, his ping pong paddle which – in the scene where he played & restored world peace between China & the US – went up for auction and snagged a staggering $25,600 according to Southern Living in May of 2021 HERE  it seems there has long been a ping pong fascination for some, and it may soon sweep the country if more and more Seniors experiment with the thrill of the game.

Keep in mind that Table Tennis and Ping Pong are different – and it is explained well HERE : Table Tennis has an 11 point system but Ping Pong has a 15 point system. Games were scored up to 21 points in the Old system, with service changing every 5 points until that changed in 2001.  After 2021, the rules now say service changes every 2 points and the score goes up to 11 when the winner is the first player (or pair) to win by 2 points after they have scored 10.

It’s great for any of us as we grow older and may want to give up the extra efforts of skiing or running, but it’s not just for Seniors! Ping pong has more uses than just a fun sport as you will see with the STEM challenge for school kids who work together with ping pong balls HERE