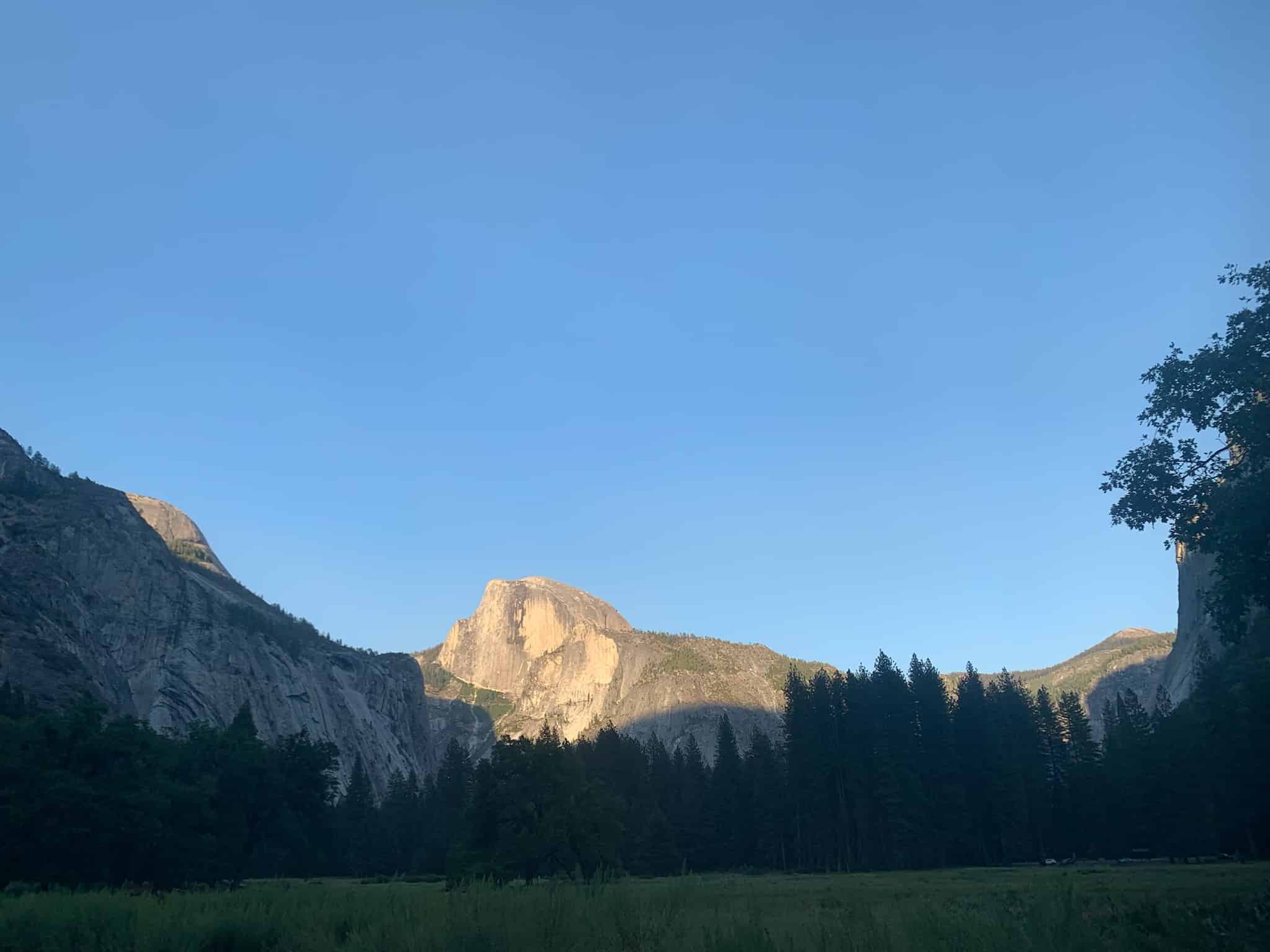 This may be a longer than usual update about our 2,650 mile hike of the Pacific Crest Trail, but there’s so much to share! Leaving Mammoth Lakes, we marched north with the next stop being Tuolumne Meadows, Yosemite National Park. Around 900 miles into the trail, crossing into Yosemite was the first time someone had ever checked our permits. Having such international fame comes with much responsibility in upholding the rules. Our Pacific Crest Trail permit provides us with access to the trail through Yosemite, but we needed to acquire a separate permit to go off-trail into the park itself.

Crossing over Donohue Pass, we ran into the ranger who was checking permits. He informed us that there has been a bear eating people’s food in Lyell Canyon (where we were headed). This only happens when people don’t store their food properly while in bear country, so he made sure we could fit everything necessary into our bear canister and let us continue on. Nearing the meadow, we passed hikers going the other direction who told us of a bear sunbathing across the river about half a mile behind them. Eager to see this picturesque Yosemite bear, we searched and searched in the view but must’ve missed him. The morning after, we got up early and headed for the ranger station hoping to grab some permits from cancellations (due to the wildfire).

Upon arriving, to our delighted surprise, we easily got permits to hike into Yosemite Valley from the meadows and even separate permits to hike up Half-Dome (an internationally famous granite rock face used mainly for rock climbing: see below) 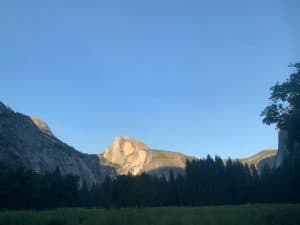 We started towards the valley and set up camp at Cathedral Lakes. For those who don’t know, the John Muir Trail starts/ends in Yosemite National Park and was one of John Muir’s favorite places in the world. There was a quote excerpt from one of his books at the beginning of the trail to Cathedral Lakes and it stuck with me. “This I may say is the first time I have been at church in California, led here at last, every door graciously opened for the poor lonely worshiper. In our best times everything turns into religion, all the world seems a church and the mountains altars.” We settled at the foot of these altars and slept surrounded by beauty. 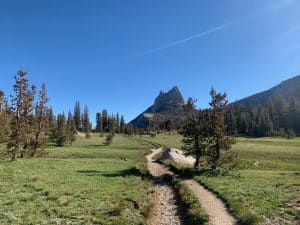 During our hike from Mammoth into Yosemite, there had been no smoke at all, except seen rising at a distance. We had heard the smoke was worse in the valley and experienced a lot of it on our way out of Cathedral Lakes. From the ridgeline down, it looked menacing and unfavorable. We had made make-shift face masks and prepared to hike into the worst of it. Coming off the ridge, it seemed to have lifted entirely somehow. We had walked underneath the dense level of smoke and into bright, clean air. Looking for the tops of the towering, sheer granite rock formations that surrounded us was nearly impossible, but got better over time.

Ryan has hiked up Half-Dome four times in his life, and we had walked around 12 miles by the time we reached the cut-off. Knowing he was excited to make it five times, but keeping in mind this was our free, fun day, I proposed we skip the hike to the top and continue descending to the valley floor. Accepting my proposal, we continued down and passed two of the most magnificent waterfalls I’ve ever seen. A strong influencer during the birth of National Parks, Yosemite is full of rich history and views found nowhere else in the world. We ate fresh, hot food, and set up camp for the night. The next day, we spent time reading fun facts and visiting museums, art galleries, and more. Nearing 100 degrees fahrenheit, we decided it was a nice day to grab some drinks and hang out by the river. Truly, a zero spent well.

Taking the shuttle bus back to Tuolumne Meadows, we first stopped by the ranger station in the valley to see if anyone had found my phone! Lost on our way out of Cathedral Lakes, we knew very well where it was and hoped with such high traffic that someone had turned it in. With no luck in the valley ranger station, we headed back to Tuolumne and asked the rangers stationed there. Informing us they had several phones turned in just yesterday, all lost items had already been picked up that morning and taken to Tioga Pass (one of the park entrances). Tioga Pass is twelve miles from where we were, and we were planning on trying to hitch a ride there. Not wanting to bring our heavy bags with us, I thought it might work out to ask the store employees if we could leave our bags with them. Upon asking, I briefly mentioned our reasoning (my lost phone). Suddenly, the employee turns around, grabs my phone, and asks me if this is my phone. Yes! The whole situation was a Godsend. Someone had found it the day prior and turned it into the store – none of the park rangers would have ever known about it.

Traveling forward with an angel on my shoulder, there are high hopes ahead. Thank you for reading and until next time! 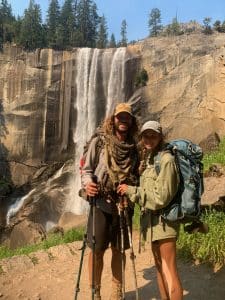