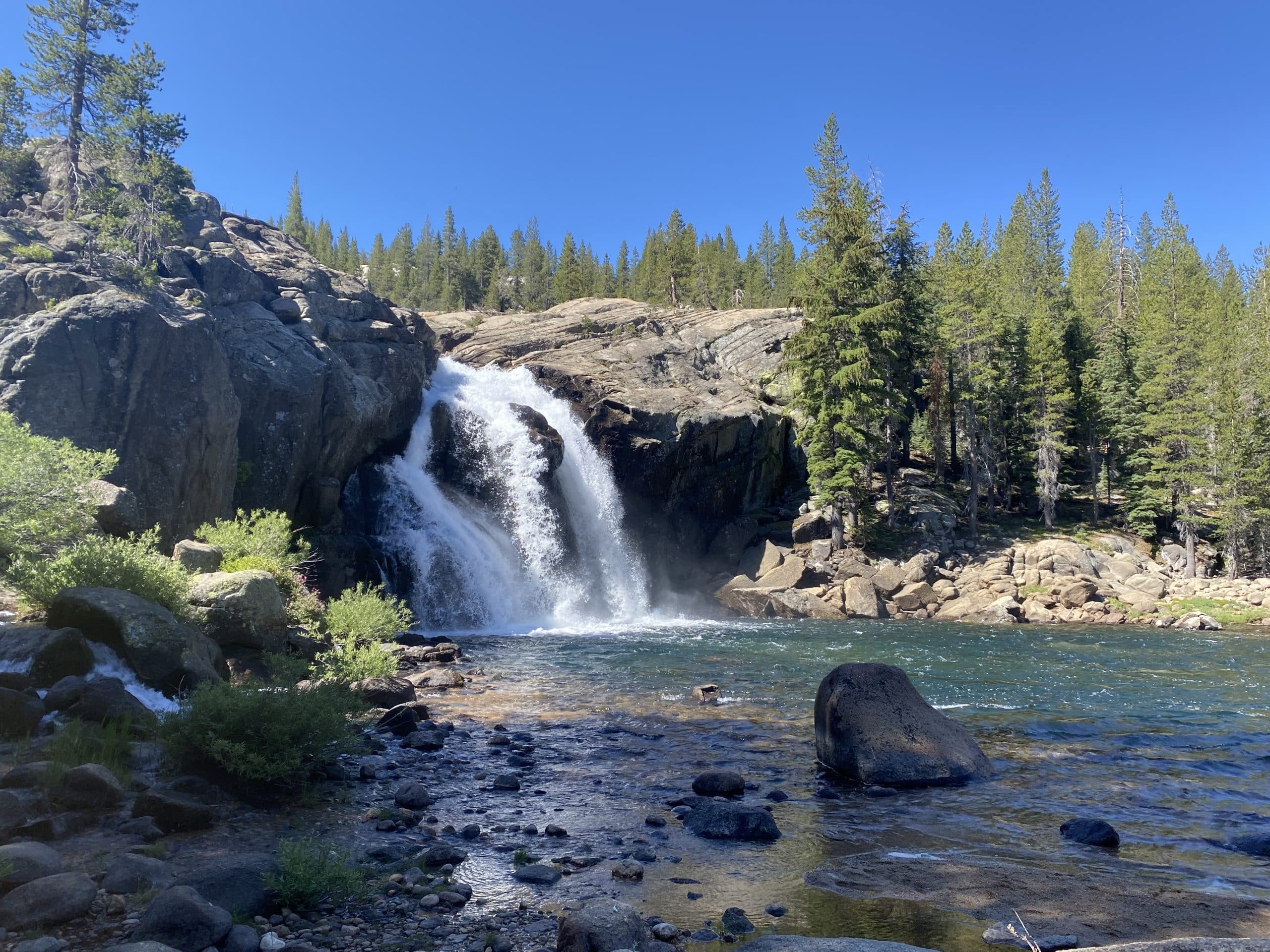 Leaving Yosemite National Park with bittersweet emotions and only the bare necessities, there was easier terrain ahead along with a fast-growing back pain. Six miles into the trail, we reached a place called Glen Aulin. Ryan told of how he remembered it years ago when he came with his mother and step-father to have lunch here. We walked past big frames leftover on the ground where he told me there used to be tent-cabins. Using both my imagination and his story-telling, I could imagine a time when this was a bustling destination. Nestled by a fifty-foot waterfall pummeling into a swimming hole that graciously turns into a shallow, pebble-filled river, it’s surprising that someone would have taken down their operation here. 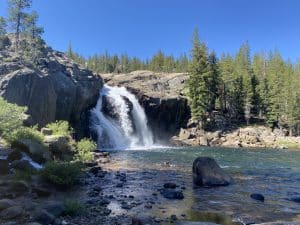 Hesitant to swim at first, Ryan’s last memory of the water here in August was frigidly cold. Somehow we lucked out and it was absolutely perfect swimming temperature. After our swim, we had a lovely meal by the river and talked of the possibility we might have to turn back. It’s not ideal, but he is rightfully concerned by my back pains and they weren’t getting better despite all the extra time we had taken to try and heal it. In the morning, we made the difficult decision that we were going to walk back to the road. Originally wanting Ryan to continue on without me (because this trail means a lot to him), he assured me he was not going to let that happen and gave me comfort in stating he had previously hiked this section anyways.

Back on the road through Tuolumne, we tried to hitch but with no luck, we ended up taking the shuttle to Lee Vining (right next to Mono Lake, mentioned in a previous article HERE). Staying there for a night, we knew it would be much cheaper to stay somewhere in Nevada right next door. We took another shuttle to Carson City and found a private room on Airbnb where we stayed for four days. Our angel on our shoulder appeared again as we were welcomed into the home of a physical therapist. She knew exactly what was wrong with my back, and after evaluating it, let me know that my lower vertebrae was out of place about half an inch. She gave me helpful stretches and kept setting it back in place each day we stayed with her. The only problem now being that it keeps coming out of place.

Still holding onto the hope that I will make it back to the trail, we continue on to South Lake Tahoe. 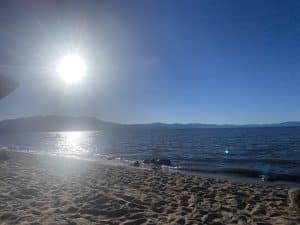 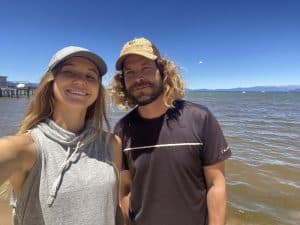 Ryan’s old friend happened to be able to visit, so we booked two nights at a lovely campground by the lake. On the first night, we ran into fellow PCT hikers that we hadn’t seen in a while looking for somewhere to pitch their tents. We invited them to stay in our campground, and we had a great time catching up. “Oi! Oi!” “HEY!” Woken up by short shouts, we lay in our tent listening to our neighbor’s conversation about their run-in with a bear. Not thinking too much of it, aside from the fact it would’ve been cool to watch from a distance, we continue to lay in our tent listening to quiet whispers and the stuffing of food back into bear canisters.

The sound of our neighbors packing up their food seemed to have gone on way longer than necessary, and Ryan sat up to see why. With a quick, “Holy Cow”, I knew right then there was a bear directly next to our tent. Sitting up, I find myself staring straight into the eyes of the biggest cinnamon black bear I’ve ever even dreamed of seeing. He truly was the most picturesque bear – a model of sorts! On all fours, and standing a mere few feet from us, it’s a terrifying beauty that you do not want to be that close to. Ryan starts shouting at it, yet it keeps staring at us, completely unfazed. He turns his shouts into loud claps, and the bear walks off into a run down the campground lane.

All of us more than awake by now, we gathered at the picnic table to talk about the situation that we had all just witnessed. Not only had this bear walked through our camp nonchalantly, but he had also silently ripped into one of the hiker’s tents and tried stealing a piece of cake! She and her friend woke up to a big bear head at their feet! While we are out of bear canister territory, I think she’s learned the bear necessities to not keep food in her tent anymore. A situation that can only be found exciting after everyone turns out alright. 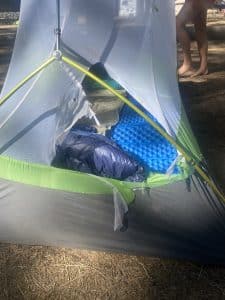 Thank you to everyone reading these trail updates – until next time!